To share your memory on the wall of Bernice Robinson, sign in using one of the following options:

Bernice followed her husband’s career and no matter where they were living, in the Midwest or the South, she maintained a loving home while becoming active in the community. After previously living in Garden City, the family returned and in 1970 settled in Garden City when David and Bernice founded Robinson Oil Company. They enjoyed more than 50 years of marriage together.

Bernice enjoyed a lifetime filled with her joy of sewing, interior decorating, and travel. Her desire of travel grew immensely when her husband became involved in the international organization, People to People. They were some of the first westerners to travel to China shortly after President Reagan was there; in addition, they traveled to the former Soviet Union, Czechoslovakia, Poland, New Zealand, and Australia leading People to People delegations. Bernice’s international travel continued taking her to places around the globe, including several trips to the Holy Lands for extended periods of time. She enjoyed sharing her travel adventures with anyone who would listen.

Bernice was a woman of great faith making certain her family had a church home wherever they lived. An active member of First United Methodist Church, she sang in the choir, taught Sunday School, served as the church wedding coordinator, was involved with numerous committees, actively participated in United Methodist Women, and contributed her sewing skills to Godmothers. After her husband died, she returned to her childhood roots joining Trinity Lutheran Church where she enjoyed her many friends from Get-Together-Gals. Bernice was an active member of Monday Club, serving as president during their 100-year anniversary celebrations. She enjoyed participating with Red Hats and served as the Daffodil Chairman for the American Cancer Society.
Bernice had a beautiful soprano voice. She sang for numerous weddings, funerals, performances, and with the Garden City Community Chorus for decades.

Bernice is survived by her children and grandchildren: Charlie and Sara Robinson of Garden City, Doug and Tina Robinson of Carlsbad, California, Rebecca Robinson of Algiers, Algeria, and four beautiful granddaughters: Anna, Caroline, Kayla, and Kiersten. Her husband, David, precedes her in death.

Garnand Funeral Home is handling the arrangements with a memorial service to be held on a future date. The family suggests memorials given to Friends of Lee Richardson Zoo in care of the funeral home.
Read Less

Receive notifications about information and event scheduling for Bernice

There are no events scheduled. You can still show your support by sending flowers directly to the family, or planting a memorial tree in memory of Bernice Ruth Robinson.
Plant a Tree

We encourage you to share your most beloved memories of Bernice here, so that the family and other loved ones can always see it. You can upload cherished photographs, or share your favorite stories, and can even comment on those shared by others.

Posted Sep 07, 2020 at 09:12am
Robinson family: I am a friend of Rebecca's from the Foreign Service. Rebecca has been a close friend and guiding light. Although I never knew your mother, and we have not met, your mother's passing affects me greatly . Please accept my condolences and fondest best wishes to everyone during this painful time. -- Douglas Sun
Comment Share
Share via:
PR

Posted Sep 02, 2020 at 08:46am
Charlie, I was so sad to see your Mom had passed away. Please accept my condolences. I just adored your Mom and we always had such a fun time together. She was a busy lady, great homemaker and a beautiful woman. Bernice is going to leave an awfully big hole but just let the memories fill the space. Your family is in my prayers. Pam Rowe
Comment Share
Share via: 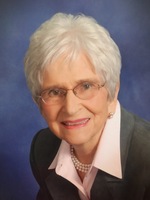