To share your memory on the wall of Charlotte Kramer, sign in using one of the following options:

Charlotte attended school in Tribune and then moved to Garden City. She worked for over 40 years in the Composing Room at the Garden City Telegram and after retiring worked at Walgreens. She was a member of the First Southern Baptist Church of Garden City and enjoyed the country 2-step, line dancing, sewing, quilting her garden and canning the fruits of those labors.

Funeral Service will be at 11:00 AM Saturday at First Southern Baptist Church in Garden City with Rev. John Harms officiating. If you were a recipient of a blanket made by Charlotte, please bring it with you to the service to lay over the back of your chair. The service will be facebook live on the Garnand Funeral Home facebook. Burial will be in Greeley County Cemetery in Tribune. Memorials are suggested to American Parkinsons Disease Association in care of Garnand Funeral Home. Condolences may be posted at www.garnandfuneralhomes.com

Receive notifications about information and event scheduling for Charlotte

There are no events scheduled. You can still show your support by sending flowers directly to the family, or planting a memorial tree in memory of Charlotte Marie Kramer.
Plant a Tree

We encourage you to share your most beloved memories of Charlotte here, so that the family and other loved ones can always see it. You can upload cherished photographs, or share your favorite stories, and can even comment on those shared by others.

Posted Sep 22, 2020 at 09:11am
Our hearts go out to you all learning of Charlotte’s passing. We have missed not having her as a neighbor the last couple years. Praying for peace for her loved ones, knowing she is made whole again.
Comment Share
Share via: 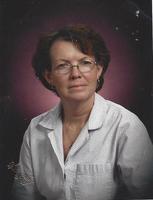