To share your memory on the wall of Clifford Rein, sign in using one of the following options:

He was born to Henry and Pauline (Yeager) Rein on a farm near Bazine, KS., June 26, 1935. He attended school in a one-room schoolhouse southeast of Bazine. In 1954, he joined the Army, where he was a paratrooper with the 82nd Airborne at Fort Bragg, N.C. He was part of the 376 Field Artillery Battalion. In 1956, he was honorably discharged with the rank of SPC 4.

On October 10th, 1956, he married Lillyann Suppes at St. Michael’s Catholic Church in LaCrosse, KS. They moved to Larned, KS., where Cliff worked at a sheet metal company for two years before enrolling in barber school in Wichita, KS. in 1958. After graduating barber school, they moved to Garden City, where he went to work for Frank Koksal, at Ace High Barber Shop on Fulton Street. He worked there for many years before starting his own business. On November 16th, 1971, he opened “Cliff’s Barber Shop” at the corner of 7th and Laurel. He worked with Danny Reitcheck, for four years, and then he ran the shop on his own for 44 years. On August 3rd, 2019, Cliff retired after 61 years of cutting hair.

Cliff was a member of St. Dominic Catholic Church, the American Legion and the Fraternal Order of Eagles. He enjoyed spending time with his grandchildren and attending all of their events, taking care of his home and lawn, building and fixing things, and discussing family and politics with his many loyal customers.

He is survived by his wife, Lilly; one daughter, Debra (Mike) Olson, Lakin, four grandchildren, Caitlin Olson, Kansas City, KS., Mckenzie Rein, Columbia, MO., Jacob Rein, Hays, KS., and Zachary Rein of Lakin. He is also survived by his sister, JoAnn Schlegel of Pueblo, Co., and many nieces and nephews.

He was preceded in death by his parents, two sons, Kenneth Rein and Dwayne Rein. One sister, Angleta Lapka, one brother, Gary Rein and granddaughter, Maggie Melynn Olson.

Visitation will be at Garnand Funeral Home in Garden City, KS. on Saturday, September 19th, from 3-8 pm and Sunday, from 12-5 pm. A rosary and vigil will be held at St. Dominic Parish in Garden City, on Sunday at 7 pm. Funeral Mass will be at St. Dominic Parish, Monday at 10:30 am. The Funeral Mass may also be viewed on Facebook Live on the Garnand Funeral Home Facebook page.

Cliff requested, in lieu of flowers, that memorials be made to “Maggie’s Mission”, (a scholarship/Christian based community fund, established in 2012 in memory of his granddaughter, Maggie Olson) or “St. Dominic School” in care of Garnand Funeral Home, 412 N. Seventh Street, Garden City, KS., 67846.
Read Less

Receive notifications about information and event scheduling for Clifford

We encourage you to share your most beloved memories of Clifford here, so that the family and other loved ones can always see it. You can upload cherished photographs, or share your favorite stories, and can even comment on those shared by others.

Posted Sep 23, 2020 at 10:44pm
So sorry to hear of the passing of Clif he was a good guy. Always had time to shoot the bull. Enjoyed a lot of Sunday mornings with Cliff and Lilly and kid's when they stopped by our farm. May God watch over Lilly and Debbie and family. May he rest in peace. Rick G.
Comment Share
Share via:
OO

Posted Sep 22, 2020 at 08:38pm
My family and I came to Garden city in “78” , I was 8 yrs old when I got my first haircut by Cliff , I told my dad “ I was not going back “ , 3 weeks later my dad had me back in that chair!!! ( actually it was my mom , She always wanted short and tight 😡😡😡 ) I was about to start my first week of high school and my mom finally caved in and said I could go get my haircut anywhere I wanted, you thought I was going to say I went back to Cliffs didn’t you !!! NO WAY!!! It wasn’t til my early 20’s that I went back and when my wife and I had our 2 boys guess where they went , that’s right Cliff’s , that was until they got in their teen and never came back!!! But not me , something I did learn about getting a haircut at his place on Saturday morning was , that I need to be there when he turned on the lights and unlocked the door or you weren’t getting a haircut til noon .There always we’re a lot of the older guys ( farmers ) mad at me and asking me what I was doing this early in the morning getting a haircut!!! He always let me when the grandkids had a volleyball meet or a basketball game ( he would always get choked up talking about those. ) he talk about all he needed was his sunflower seeds at the football and baseball game. he was very proud grandpa!!!❤️❤️❤️ I remember inviting him to come watch my boys in the 16 under Kansas State Championship game down at Clint lightner baseball field, he told he would love to come and watch , but if I’m not open on Saturday my customers would cuss me out or try to string me up. I still went and got my haircuts til this day just before he retired, I still haven’t found a place to go get my haircuts , my wife has been trimming for a while, ITS JUST NOT THE SAME!!! I’ll miss you Cliff but I sure won’t forget about you!!! MAY YOU REST IN PEACE!!!!🙏❤️🙏❤️🙏💈💈💈
Comment Share
Share via:
CW

Posted Sep 17, 2020 at 11:02am
Cliff was a great guy my husband Earl always like to get he hair cut with him They shared a lot of stories together sorry for your loss
Comment Share
Share via:
CB

LillyAnn and family, You and your families are in our thoughts and prayers and this difficult time. May God grant you comfort and peace at this time. The Hickey's Cindy, Karla, David and Dan 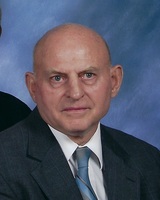