To share your memory on the wall of Jean Schwab, sign in using one of the following options:

Jean grew up in Denver, Colorado where she attended and graduated from East High in 1955. She was actively involved in the drill team and Job’s Daughters. On January 9, 1954, she married Warren William Schwab, Sr. in Raton, New Mexico. They moved to a farm near Brighton, Colorado in 1960. In the early 1980’s, they moved to Garden City where they have lived since. Shortly after moving to Garden City, Jean began working at the Finney County Senior Center as a dietician and nutritionist and she served the noon meal until her retirement.

Jean was a member of Trinity Lutheran Church, the Finney County Historical Society and, served on various boards committees at the Finney County Senior Center. She enjoyed gardening, flowers, auctions, antiquing, square dancing, and attending the historical society’s programs. Jean loved her grandchildren and cherished her time with them as she attended and supported their activities.

Funeral services will be held at 2:00 p.m. on Thursday, October 1, 2020 at Trinity Lutheran Church in Garden City with Pastor Michael Hageman officiating. The service may also be viewed on Facebook Live on the Garnand Funeral Home Facebook page. Burial will follow at Valley View Cemetery in Garden City. Visitation hours will be held from 9:00 a.m. to 8:00 p.m. on Wednesday at Garnand Funeral Home in Garden City. The family suggests memorials given to the Finney County Historical Society or the Finney County Senior Center both in care of the funeral home.
Read Less

Receive notifications about information and event scheduling for Jean

We encourage you to share your most beloved memories of Jean here, so that the family and other loved ones can always see it. You can upload cherished photographs, or share your favorite stories, and can even comment on those shared by others.

Plant a Tree in Memory of Jean
Plant a tree
0 trees have been planted in memory of Jean M. Schwab
JT

Posted Oct 01, 2020 at 04:23pm
Jean was always a great sister in law. Comforting to know that she and Joanie are now reunited forever.
Comment Share
Share via:
SW

Posted Sep 29, 2020 at 06:03pm
Our thoughts and prayers are with you at this difficult time. Paul Garrison, Silver (Garrison) and Harlon Woodbury
Comment Share
Share via: 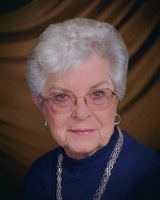