To share your memory on the wall of Johnnye Wallace, sign in using one of the following options:

Johnnye grew up in St Louis, Missouri and Sweetwater, Texas. She moved to Garden City in 1978 and was a longtime employee in Security at Monfort Beef Packing. She moved to Deerfield in 2016. She loved spending time with her grandchildren, loved reading books to them and playng games with them. She cherished them and loved them more than anything in the world. She also loved music. She was preceded in death by her Mother, Son- Christopher Desbiens, 2 Brothers- Chris Stephens and Michael Sigmier and Sister- Marcia Wilson.

Funeral Service will be at 10:30 AM Friday at the Church Of Christ in Garden City with Jarrod Spencer officiating. Memorials are suggested to St Jude Children’s Hospital in care of Garnand Funeral Home. Condolences may be posted at www.garnandfuneralhomes.com

Receive notifications about information and event scheduling for Johnnye

There are no events scheduled. You can still show your support by sending flowers directly to the family, or planting a memorial tree in memory of Johnnye Renee Wallace.
Plant a Tree

We encourage you to share your most beloved memories of Johnnye here, so that the family and other loved ones can always see it. You can upload cherished photographs, or share your favorite stories, and can even comment on those shared by others.

Plant a Tree in Memory of Johnnye
Plant a tree 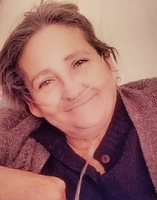