To share your memory on the wall of Jola Kraus, sign in using one of the following options:

In addition to her husband, Bernard, Jola is preceded in death by her parents, Alphonse A. Gerstberger and Loretta Kreutzer Gerstberger, and by her sister, Lil Akagi.

Public Visitation will be held Wednesday, July 15 from 9 a.m. to 8 p.m. at Garnand Funeral Home.
Rosary will be at 10:00, Thursday, July 16 followed by a Mass of The Resurrection at St. Mary's Catholic Church in Garden City at 10:30. Burial at Valley View Cemetery will follow.

Receive notifications about information and event scheduling for Jola

We encourage you to share your most beloved memories of Jola here, so that the family and other loved ones can always see it. You can upload cherished photographs, or share your favorite stories, and can even comment on those shared by others.

Plant a Tree in Memory of Jola
Plant a tree
0 trees have been planted in memory of Jola G. Kraus
JA

Posted Jul 14, 2020 at 02:16pm
I have known Jola for many years, first being on the same bowling league, and later as `back alley neighbors` for the past 12 years. I have always thought of her as a very classy lady, and very friendly. We will miss her. Debbie Appelhans 1003 e. Walnut
Comment Share
Share via: 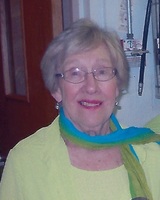