To share your memory on the wall of Judith Douglas, sign in using one of the following options:

As a teenager, Judith moved to Garden City with her family. She has lived in Garden City since. A homemaker, she also worked as a cook in Garden City. Judith enjoyed her time cooking, gardening, going to garage sales, and taking care of her family.

A private family service will take place at a later date. There will be no calling hours. The family suggests memorials given to the Judith Douglas Memorial Fund in care of Garnand Funeral Home of Garden City.
Read Less

Receive notifications about information and event scheduling for Judith

There are no events scheduled. You can still show your support by sending flowers directly to the family, or planting a memorial tree in memory of Judith Gail Douglas.
Plant a Tree

We encourage you to share your most beloved memories of Judith here, so that the family and other loved ones can always see it. You can upload cherished photographs, or share your favorite stories, and can even comment on those shared by others.

Plant a Tree in Memory of Judith
Plant a tree 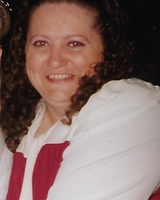