To share your memory on the wall of Matilda Bruner, sign in using one of the following options:

Print
Matilda “Tillie” Bruner, 84, died Friday, May 22, 2020 at High Plains Retirement Village in Lakin, Kansas. She was born May 3, 1936 in Burbank, California the daughter of Samuel & Grace (Levy) Nissim.

Tillie grew up in the Burb... Read More
Matilda “Tillie” Bruner, 84, died Friday, May 22, 2020 at High Plains Retirement Village in Lakin, Kansas. She was born May 3, 1936 in Burbank, California the daughter of Samuel & Grace (Levy) Nissim.

Tillie grew up in the Burbank and Glendale, California area, and graduated from Glendale High School. On May 28, 1955, she married Robert E. Bruner in Glendale, California. They moved to Kendall, Kansas in the late 1950’s. a short time later, they moved to Lakin, Kansas in 1959 where they have lived since. A homemaker, Tillie also worked at the Downtown Café, Don’s Jack & Jill, and the Kearny County Library. She was a member of the United Methodist Church of Lakin and enjoyed crafts, flower gardening, painting, and playing cards especially with her grandchildren.

Receive notifications about information and event scheduling for Matilda

There are no events scheduled. You can still show your support by sending flowers directly to the family, or planting a memorial tree in memory of Matilda "Tillie" Bruner.
Plant a Tree

We encourage you to share your most beloved memories of Matilda here, so that the family and other loved ones can always see it. You can upload cherished photographs, or share your favorite stories, and can even comment on those shared by others.

Posted May 28, 2020 at 09:37pm
Please allow me to offer my condolences to Bob and family, she was a great human being and will be sorely missed. I wished I could have made it to the celebration of life, but I'm too debilitate any more. We and many other friends lived at O'loughlin Village, and went to Bible class together. She had a spirit I know Jesus loved very much! I hope every thing goes well for the family in these dire times, and God bless you all!
Comment Share
Share via: 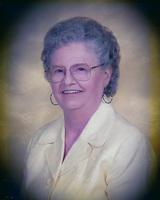