To share your memory on the wall of Melvin Dinkel, sign in using one of the following options:

Melvin grew up in the Morland, Kansas area. He attended schools in Graham County and graduated from Morland High School in 1953. Melvin served in the United States Army from 1957 to 1962. After the service he returned to Morland. On June 3, 1961, he married Eunice A. Martell in St. Peter, Kansas. They moved to Goodland, Kansas in 1964. They later lived for a short time in Laurel, Nebraska in 1978. They moved to Garden City in 1979 where they have lived since. Melvin managed the Co-op while living in Goodland and Laurel. After moving to Garden City, he worked as a sales representative at Farmland Industries. From 1990 to 1997, he worked as the manager of Country Corner in Garden City and retired in 1997.

Melvin was a member of St. Dominic Catholic Church in Garden City and a member of the Knights of Columbus. He enjoyed going to the casinos, fixing things, gardening, and he especially enjoyed spending time with his family.

A Vigil Service and Rosary will be held at 7:00 p.m. on Thursday, August 13, 2020 at St. Dominic Catholic Church in Garden City. Funeral Mass will be held at 10:30 a.m. on Friday, August 14, 2020 also at St. Dominic Catholic Church with Rev. Warren Stecklein as Celebrant. Burial will follow at Valley View Cemetery in Garden City with military graveside rites conducted by the Kansas Army National Guard and the American Legion District #8 Honor Guards. Friends may call from 3:00 p.m. to 8:00 p.m. on Wednesday and from 9:00 a.m. to 5:00 p.m. on Thursday all at Garnand Funeral Home in Garden City. The family suggests memorials given to Leave A Legacy or to St. Catherine Hospice both in care of the funeral home.
Read Less

Receive notifications about information and event scheduling for Melvin

We encourage you to share your most beloved memories of Melvin here, so that the family and other loved ones can always see it. You can upload cherished photographs, or share your favorite stories, and can even comment on those shared by others.

Posted Aug 11, 2020 at 09:19am
Tim, I am so sorry to hear of the passing of your father. I only knew you and your family for a short time in Laurel NE, but they are good memories. I did not realize your family had moved to Garden City . May the Lord strengthen your love, peace and faith during this time. Renee (Gadeken) Cure
Comment Share
Share via:
JB

Posted Aug 10, 2020 at 08:58pm
My condolences to Eunice and all the family. I first met and worked for Melvin at the Coop in Goodland in 1968-69. I then had the opportunity working with him and Darrell at the Coop in Garden City. He was a great person to work with and loved his family. He will be missed.

Posted Aug 10, 2020 at 07:31pm
I am so sorry to hear about the passing of father, Daryl. My thoughts and prayers go to you and Marty and family during this time of sadness. Your father had such a wonderful personality and would make you feel as if he had known you for ever.
Comment Share
Share via: 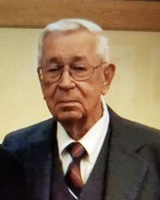