To share your memory on the wall of Rosina Brungardt Rohr, sign in using one of the following options:

Rosina moved to Garden City when she was 18 to work in her relatives café and cleaned homes and apartments. She then worked at several downtown business’s including Ben Franklin and Woolworths before going to work at Dillon’s as a clerk. She was a member of St Mary Catholic Church and the Daughters of Isabella. She enjoyed dancing and music. She was preceded in death by her Parents, both Husbands, 6 Brothers and 5 Sisters.

Receive notifications about information and event scheduling for Rosina

We encourage you to share your most beloved memories of Rosina here, so that the family and other loved ones can always see it. You can upload cherished photographs, or share your favorite stories, and can even comment on those shared by others.

Posted Jul 07, 2020 at 03:44pm
Wonderful woman with a great sense of humor. I am sure that her and mom are having some laughs and talking about all the crazy things going on down here. RIP lovely lady.
Carl Herrman
Comment Share
Share via:
BM

Posted Jul 06, 2020 at 05:56pm
I am so sorry about you losing your mom. There's just something about a mama's love. Praying for your peace and comfort.
Comment Share
Share via:
JM

Posted Jul 05, 2020 at 08:30pm
Dear Sons,
I always enjoyed your mom’s exuberance and kindness. I remember you guys living around the corner from us on Inge. I remember my mother telling me at a young age that if I ever needed anything I could go to Aunt Rosina’s house and she will take care of me. What a beautiful memory. Both your parents were exemplary good people and is shown through your lives. Bless you all.. John & barbara Matza
Comment Share
Share via:
MC

Posted Jul 05, 2020 at 05:04pm
Rosina always had a smile on her face each time I came to visit her & bring her communion. She may not always remember my name, but always was glad to see someone from St Mary & another member of the Daughters of Isabella. She always displayed Grace, Courage, Great Faith & stamina. I always admired her cheerfulness despite all that she been dealt. I will miss her. but will keep her in my thoughts & prayers , along w/ her wonderful family. I am so sorry for your loss. Now she is with God, his angels & Saints singing his praises & for that we can all be grateful.
Comment Share
Share via:
MC 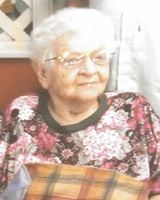 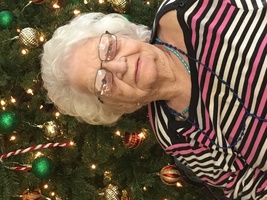