To share your memory on the wall of Sylvia Orosco, sign in using one of the following options:

She was a member of the First United Methodist Church of Garden City where she also sang in the choir and taught bible school. In 1968 she was the Fiesta Queen and later was very active in the organization by serving on the Fiesta Committee and was an organizer and director of the performance dance group and the fashion show. She enjoyed traveling to Mexico, sewing and her dogs. She was preceded in death by her Father.

Funeral Service will be at 9:00 AM Thursday at First United Methodist Church with Rev Joel Plisek officiating. Burial will be in Valley View Cemetery in Garden City. Memorials are suggested to Sylvia Orosco Memorial Fund in care of Garnand Funeral Home. Friends may call from 3:00 PM to 8:00 PM Tuesday and 9:00 AM to 8:00 PM Wednesday at Garnand Funeral Home. Condolences may be posted at www.garnandfuneralhomes.com

To plant a memorial tree in honor of Sylvia Orosco, please visit our Heartfelt Sympathies Store.

Receive notifications about information and event scheduling for Sylvia

There are no events scheduled. You can still show your support by sending flowers directly to the family, or planting a memorial tree in memory of Sylvia Orosco.
Plant a Tree

We encourage you to share your most beloved memories of Sylvia here, so that the family and other loved ones can always see it. You can upload cherished photographs, or share your favorite stories, and can even comment on those shared by others.

Posted Sep 24, 2020 at 01:55pm
I was a classmate of Sylvia's during junior high, high school and junior college. She was one of my favorite persons. Her smile and laugh were so great. She was such a sweet and loving person. I am sure she will be missed by her family and friends
Comment Share
Share via:
AP

Posted Sep 23, 2020 at 12:15am
Sylvia was my Spanish Teacher at Abe Hubert Junior High. She was stern but kind and caring. I always knew she wanted us to learn. I had the privilege of seeing her while working go at the High School. She would Bring her class to tour and prepare them for the high school and she always introduced me as her prior student. She always had a smile and a laugh for me. I’m so sorry I didn’t get to see her but I know she’s with the lord. I will get to see her again and she will have a wonderful smile for me. That smile that always made me feel special. ❤️✝️❤️
Comment Share
Share via:
OO

Posted Sep 22, 2020 at 07:58pm
When I went to Garden city high school she asked me to join the Spanish club and told me to invite and bring my friends to the next meeting , so me and my friends come walking in , she wasn’t expecting me to bring or invite 5-6 of my white Friends , “ She was like “ “ Quien son estos gueros “??? My friends replied “ Orarle Mrs. Orasco “,” Que pasa Mrs. Orasco “ Was Happaning Mrs. Orasco “🤣🤣🤣 , she looked at me and said “ I’ll deal with you later!!! You were a great inspiration and caring not only as a teacher but a person that cared about the Hispanic youths in her community. You will be Miss but never forgotten, may you Rest In Peace!!!🙏❤️🙏❤️🙏
Comment Share
Share via: 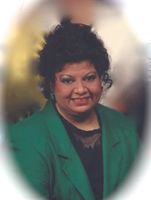