To share your memory on the wall of Troy Consbruck, sign in using one of the following options:

Troy attended school in Hastings and Red Cloud, Nebraska and graduated from Smith Center High School and then received his Associates from Cloud County Community College. While growing up he was very involved with livestock projects in the Future Farmers of America. After his schooling he moved to Garden City to work for IBP in the scale house while learning to be a cattle buyer. Gary Turpin later got him involved with trucking and made him the manager of the Kansas division of Heath & Turpin Trucking. He started accumulating trucks and livestock trailers and started TLC trucking which he has owned and operated for over 25 years. He enjoyed any sports especially Nebraska football and the Kansas City Chiefs, hunting and fishing. Troy was an excellent cook and enjoyed cooking for his friends and family. His special love was time at Harland County Lake and time with his grandchildren.

He is survived by his Wife- Tracy, Children- Taylor Consbruck, Ty Consbruck & Temo Ortiz, Mother Mary Joan Jackson, 3 Grandchildren- Cynex, Sophia & Kobe all of Garden City and Brother- Todd Consbruck of O’Neill, Nebraska. He was preceded in death by his Father.

Memorial Service will be at 3:00 PM Saturday at Cornerstone Church in Garden City with Pastor Raul Silva officiating. In lieu of flowers Memorials are suggested to the YMCA Sports Program in care of Garnand Funeral Home. Condolences may be posted at www.garnandfuneralhomes.com

Receive notifications about information and event scheduling for Troy

There are no events scheduled. You can still show your support by sending flowers directly to the family, or planting a memorial tree in memory of Troy Lee Consbruck.
Plant a Tree

We encourage you to share your most beloved memories of Troy here, so that the family and other loved ones can always see it. You can upload cherished photographs, or share your favorite stories, and can even comment on those shared by others.

Posted Oct 15, 2020 at 01:52pm
Heaven gained an angel that will be the life of the party and keep it spicy up there. Troy, you will be missed by many. Until we can cheers again!

3 trees were planted in the memory of Troy Consbruck

Posted Oct 16, 2020 at 02:46pm
Troy, so many things that I think about with the time I had with you! Never a dull moment! Many many laughs! Never allowing someone to go hungry. You always made awesome meals. I would stop by camper and always wanted me to eat. Like I was a skeleton or something! Lol. But that’s who you are! All the boat rides and hilarious moments I and my daughter had with you and your family were the best! I hope too see ya on the other side when it’s my time to go! Miss ya bud! To Tracy, Taylor, Ty and family, thank you for letting me share in your families adventures. Thinking of you all!
Comment Share
Share via:
DC

So sorry to hear about Troy... My sympathies to all. Thinking about the Consbruck family. 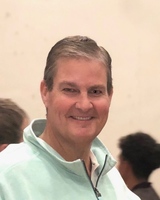