To share your memory on the wall of Zach Freeman, sign in using one of the following options:

Print
Charles Zachary “Zach” Freeman, 35, died Monday, October 5, 2020 at his home in Cimarron, Kansas surrounded by his family. He was born October 17, 1984 in Fairfax, Missouri the son of Chuck & Kathy (Acklin) Freeman.

Funeral services will be held at 11:00 a.m. on Friday, October 9, 2020 at the Gray County Fair Grounds Rodeo Arena in Cimarron, Kansas with Rev. Randy Caddell and Rev. John Harms officiating. Burial will follow at the Ingalls Cemetery in Ingalls, Kansas. Friends may call from 3:00 p.m. to 8:00 p.m. on Thursday at Garnand Funeral Home in Garden City. In lieu of flowers, the family suggests memorials given to the Zach Freeman Memorial Fund which will be used for rodeo scholarships in care of Garnand Funeral Home of Garden City.
Read Less

To plant a memorial tree in honor of Zach Freeman, please visit our Heartfelt Sympathies Store.

Receive notifications about information and event scheduling for Zach

There are no events scheduled. You can still show your support by sending flowers directly to the family, or planting a memorial tree in memory of Zach Freeman.
Plant a Tree

We encourage you to share your most beloved memories of Zach here, so that the family and other loved ones can always see it. You can upload cherished photographs, or share your favorite stories, and can even comment on those shared by others.

Posted Oct 09, 2020 at 09:44am
My heart goes out to your wonderful loving family. I just pray God shows you his Love -Mercy and Grace. we always wonder why things happen and we will never know. May God keep a strong hold on you all. " A COWBOY BECOMES AND ANGEL"
Comment Share
Share via:
JO

Posted Oct 08, 2020 at 10:38pm
He was a great cowboy to have in the box helping me with my horse. He had great stories to tell with my brother Brett & my dad. He will be missed by us all.
Jamie, Brett & Rick Olive
Comment Share
Share via:
JN

Posted Oct 07, 2020 at 01:28pm
Dear Chuck, Kathy, Kristin & Billy, Luke & Julie and Families,
We would like to send our sincere sympathy and our heartfelt condolences to all of you for the loss of your son and brother and uncle. Our thoughts and prayers are with you in your sorrow. May the Lord bring you joy as you remember Zach, he was such a kind soul.
May the Love of Jesus comfort and shelter you at this time and in the days ahead.
You have our hearts.
Love,
Suzanne, Matthew, Maria, Seth, Sarah, Nate and Natalie 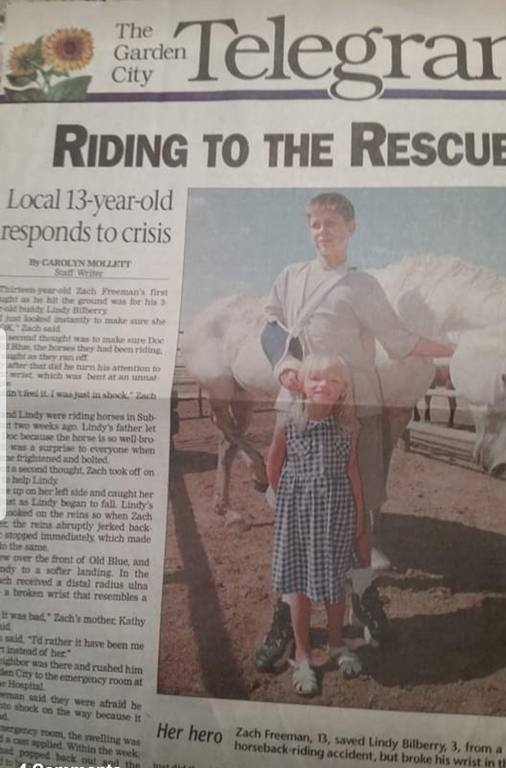 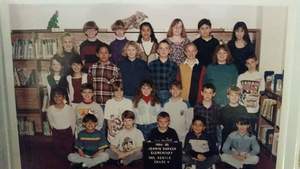