To share your memory on the wall of Gala Groening, sign in using one of the following options:

Gala was born in Hillsboro, KS, on November 30, 1952, the daughter of Francis and Martha (Wiens) Groening, who both preceded her in death.

Gala received Jesus as her savior and was baptized in 7th grade at the Hillsboro Mennonite Church. She later attended the First United Methodist Church in Satanta, KS, with her family where she was heavily involved in children’s and music ministry.

Gala graduated from Hillsboro High School in 1970 where she was very invested in music, playing the clarinet, the piano and singing in choir. She also worked as a waitress in high school and college at the Guest House. She graduated from Tabor College, Hillsboro, KS, in 1974, with a Bachelor of Arts degree in Elementary Education. Gala taught elementary school at Peabody, Sublette, Satanta, and Moscow, KS. She earned her Master’s Degree in ESL in 2001, from Newman University, Wichita, KS. She was thrilled that she graduated the same year as Andy from Kansas State and Cody from Satanta High School. She moved back to Hillsboro in 2010 and worked as a para for the school system in McPherson, KS, for Special Education until 2015. She married Randy Liebelt in 1974.

Gala and her two sisters, Connie (Don) Hendrickson, Brownsdale, MN, and Sheryl (Don) McDaniel, Holton, KS, loved to spend time with each other. She was a fun aunt to many nieces and nephews and their children, and a wonderful cousin to many. Cousins preceding her in death were Phil & Mary Classen and Jan & Cindy Wiens.

She moved in with family in January, 2015 and then to Garden Valley Retirement Village in January of 2016, until her passing. Gala will always be remembered for loving the Lord, her family, touching students’ lives, the beautiful flowers around her home, constant hugs and strong values. She remained strong until the very end. We will join her again one glorious day.

A Celebration of Gala’s life will be held at 10:30 a.m. on Friday, June 26, 2020 at the Hillsboro Mennonite Brethren Church, 300 Prairie Pointe, in Hillsboro, Kansas. Burial will follow at the Hillsboro Mennonite Brethren Church Cemetery. There will be no calling hours. Her family suggests memorials be given to Hereditary Neurological Disease Center in Wichita, KS in care of Garnand Funeral Home.
Read Less

Receive notifications about information and event scheduling for Gala

There are no events scheduled. You can still show your support by sending flowers directly to the family, or planting a memorial tree in memory of Gala Jean Groening.
Plant a Tree

We encourage you to share your most beloved memories of Gala here, so that the family and other loved ones can always see it. You can upload cherished photographs, or share your favorite stories, and can even comment on those shared by others.

Posted Jun 11, 2020 at 07:30pm
Gala was one of a kind. I remember her first day at Garden Valley and how she could brighten anyone's day. She will be missed. My thoughts are with the family at this time.
Comment Share
Share via:
MM

Posted Jun 11, 2020 at 12:31pm
Gala was an amazing person inside and out! She always looked her best with the prettiest clothes she'd wear and her hair always done! I was so blessed and had the opportunity to live with her for in Satanta for a summer, while I was in college. She loved to shop & taught me well! I'll never forget all of the times we went through the McDonald's drive thru to get a "Diet Coke" and went cruising around town, just talking about life! Gala was so special to me, almost like a 2nd sister. She was supposed to be a bridesmaid in our wedding but her father was passing at the time so she couldn't be with us. Gala will always hold a special place in my heart. ❤
Comment Share
Share via:
AC

Gala, was a special person. She was always so nice and such a happy soul. I knew her as a student and as a friend of my mother's. Until we meet again❤ Our deepest sympathies from the Mario & Juanita Loredo family.( Alma Cardenas) 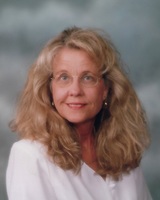