To share your memory on the wall of Betty Roberts, sign in using one of the following options:

Betty Jo lived in Sublette, Kansas as a child. She moved with her family to Garden City where she lived most of her life. She graduated from Garden City High School, and in 1950 she proudly graduated from the University of Kansas. Betty Jo worked most of her life in public service. She worked as Administrative Assistant for Governor Robert Bennett and later ran Senator Nancy Kassabaum’s Regional office in Garden City.

On August 31, 1951, she married Milton Roberts in Garden City. Milton died on October 21, 2000. She is also preceded in death by her parents and a daughter-in-law Sharon Roberts.

Receive notifications about information and event scheduling for Betty

We encourage you to share your most beloved memories of Betty here, so that the family and other loved ones can always see it. You can upload cherished photographs, or share your favorite stories, and can even comment on those shared by others.

Posted Jun 09, 2020 at 07:33am
Andrea and family,
Y’all are in our thoughts and prayers. It was an honor to be able to meet Betty Jo. Her impact on her community is one of a kind. A true legacy. God bless!
Comment Share
Share via:
PC

Posted Jun 08, 2020 at 10:17pm
Andrea & Kurt, I am so sad to hear about Betty Jo. I became acquainted with her through Salamagundi Club and Finley County Republican Women. I counted her as a wonderful friend and mentor of sorts. She set positive examples in all she did.
Comment Share
Share via:
JF

John and I shared many great memories with your parents at Northern Natural Gas parties! They knew how to dance! I also shared with your mom a love of KU, GCHS, and PEO. Thinking of you.....
Comment Share
Share via:
KN

Posted Jun 08, 2020 at 04:13pm
Andrea, I'm so sorry to hear about your Mom. One of the most special memories I have is of watching your Mom and Dad dance in your living room; they were so good together....it still makes me smile. Sending love and prayer for you and your family.
Kay Newberry
Comment Share
Share via: 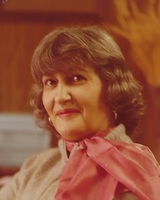 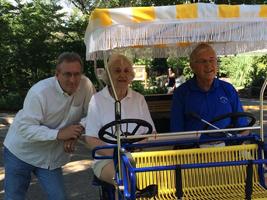 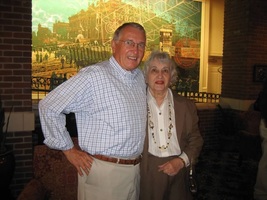 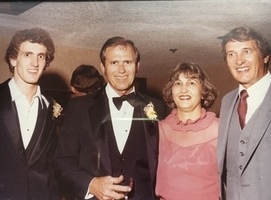