To share your memory on the wall of John Corff, sign in using one of the following options:

Graveside Service will be at 11:00 AM Friday at Dighton Memorial Cemetery with Pastor Steve Payne officiating. Military rites will be conducted by the United States Air Force Honor Guard and American Legion Post # 190. Memorials are suggested to the Alzheimer’s Association in care of Boomhower Funeral Home. Condolences may be posted at www.garnandfuneralhomes.com. Boomhower Funeral Home is in charge of local arrangements.

Receive notifications about information and event scheduling for John

There are no events scheduled. You can still show your support by sending flowers directly to the family, or planting a memorial tree in memory of John Carl Corff.
Plant a Tree

We encourage you to share your most beloved memories of John here, so that the family and other loved ones can always see it. You can upload cherished photographs, or share your favorite stories, and can even comment on those shared by others.

Plant a Tree in Memory of John
Plant a tree 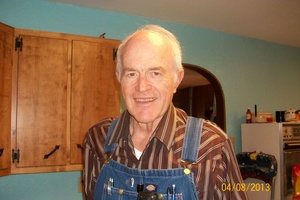